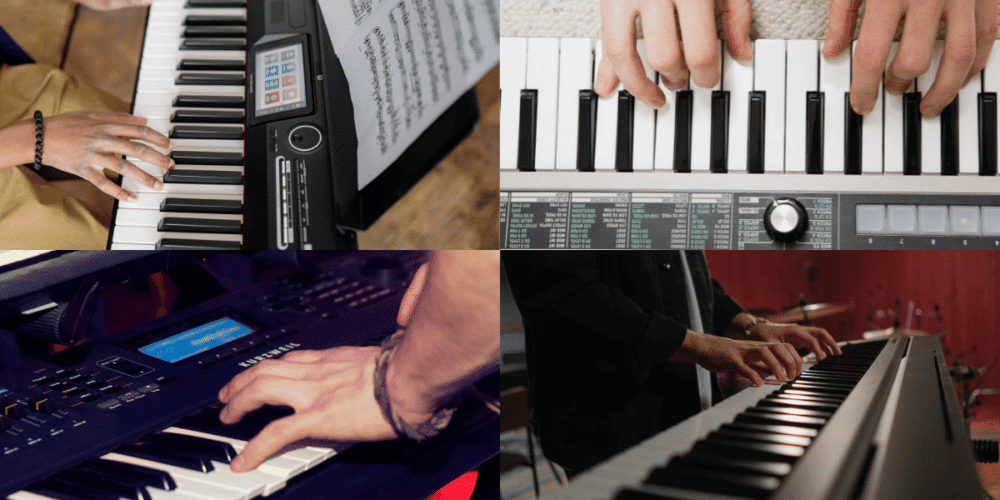 Choosing What is Right For You.

When thinking about what kind of a digital piano to get, this is a great example of how times

have really changed. This is a question that I think gets the same answer whether it’s going to be a

piano for beginners, advanced players, or anything in-between. When digital pianos were introduced in

the late 1970’s, they were not very authentic sounding, and the feel when you played them was also not

Technology in Digital Pianos is Fantastic

Now as we find ourselves in the third decade of the Twenty First Century, different digital pianos

do have differences in the way they play, but many are made to play and feel just like a real piano, and

the sound quality has come a very long way in the last few years. There are three main types of what is

called “action”, which is the feel that the keys have when you play them. The one that is the most like

an acoustic piano is the weighted action. This has a fair amount of resistance when the keys are pressed,

and is usually found in the larger and heavier digital pianos. This type generally will have eighty-eight

keys as well, which is a full size keyboard.

You Can Choose to Play What you Like Best

The next type of action is called “semi-weighted”, and this has some resistance when the keys

are played, but not as much as the “fully weighted” keys. This feel is well represented in the ones made

by Casio, Yamaha, and Roland. This is probably the most common feel for a digital piano, as it has

what might be considered the “best of both worlds”. This would often be a smaller size than the largest

keyboards, while maintaining a full eighty-eight keys and a great variety and quality of sounds. Many of

tempos while you play along, and this is a great way to practice playing with a steady beat in different

styles, helping you to become a better and more well rounded player. The ability to play with steady

time is essential to playing alone, in a professional setting, or even just casually with other musicians.

The third type of action is the “non-weighted” keyboard, where there is little to no resistance for

the fingers when playing the keys. These digital pianos are often smaller in size and have fewer keys,

typically either seventy six or sixty one keys. The biggest benefits to having a “non-weighted”

keyboard, besides the smaller size, is that it’s easier to play for longer periods of time without your

hands and arms getting tired, and it is easier to play organ and string type of sounds where the heavier

action can work against you.

Digital pianos come in many shapes and sizes and can even be portable, so being able to find a

place to play and store your instrument can be much easier. Many of them are made to look like an

upright or grand piano, but the inside is electronic. These are generally the most expensive digital

pianos, but the look and quality of sound is very nice, so some will want to go in this direction if they

can afford it and have a little extra space for it.

up and down the keyboard, but in the end it is a choice of personal taste, space and ability. Whichever

you choose will give you years of enjoyment and creative expression.